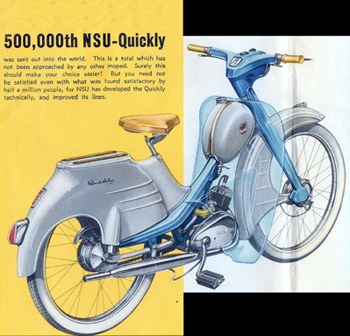 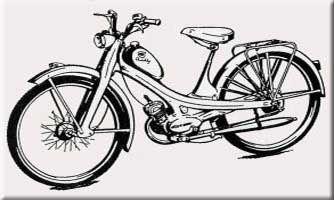 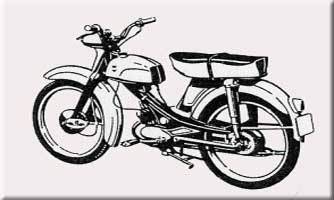 Not so easy to find 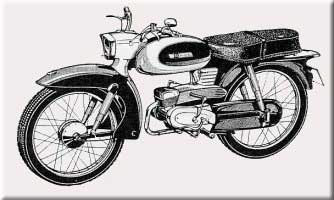 Not really a Quickly but worth a mention here. The Quick 50 was developed from the open framed Quickly TT but with a completely new 49cc engine with more power than the Quickly engine, foot changed 4 speed gears, front and rear footrests (no pedals), new type of Bing carburettor, new design front headlamp nacelle with square lens and built in speedo and horn, front and rear swinging arm suspension, lift up duel seat allowing access to air filter and space for tool roll, large 2.5 gall fuel tank. A lot of Quick 50s were exported out of Germany because of the German driving licence rules at the time, stating that mopeds had to have pedals. Some parts shared with the later Quicklys - rims, tyres, brakes, handlebars. The last of the 2 wheel NSU's before NSU wanted to concentrate their efforts into the problematical rotary engined RO80 saloon car - which ironically, cost NSU so much in warranty claims they folded and Audi/VW took over the works in Neckarsulm. 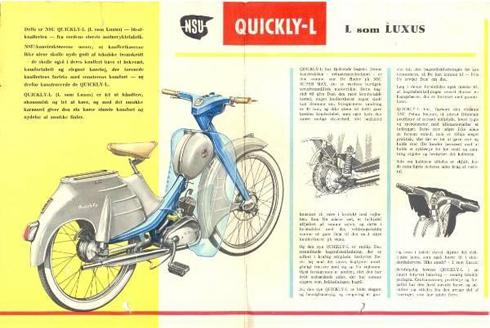